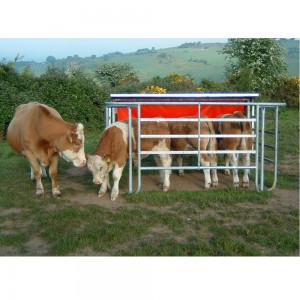 Creep feeding 60 days prior to weaning should be considered for a couple of reasons. During the later stages of nursing milk production is decreasing. At the same time the calves are growing so there is a difference between available nutrients and what is needed to optimize calf growth. In addition, calves that have been creep fed, will usually wean easier because they are already accustomed to feeding equipment and eating feeds other than forages and milk.

This entry was posted on Tuesday, May 29th, 2012 at 1:48 pm and is filed under Cattle, News & Update. You can follow any responses to this entry through the RSS 2.0 feed. Both comments and pings are currently closed.

There are no upcoming events to display at this time.